Resolutions are an interesting concept that people seem to revisit at the end of every calendar year. In years past I've noticed most goals are vague, huge and for the most part immeasurable.  I gave up setting "resolutions" a long time ago.  Instead I'm setting goals and committing to revisiting them once a month to make sure I'm staying on track.  My goals (aka resolutions) for 2016:
Posted by Bonny Wagoner at 12:12 PM No comments:

Who Knows What Will Happen? 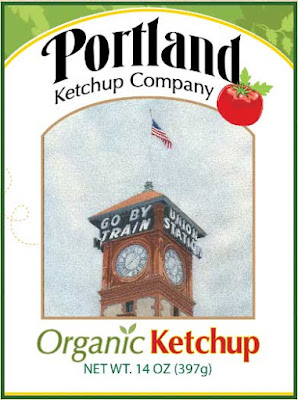 Here's something fun.  The Portland Ketchup Company encourages people to submit their own photos for their labels.  Instead of a photo, I'm submitting my drawing of Union Station.  This may be too radical for what they are looking for so let's see what happens.
Posted by Bonny Wagoner at 8:17 PM No comments:

All occasion winter notecards with envelopes 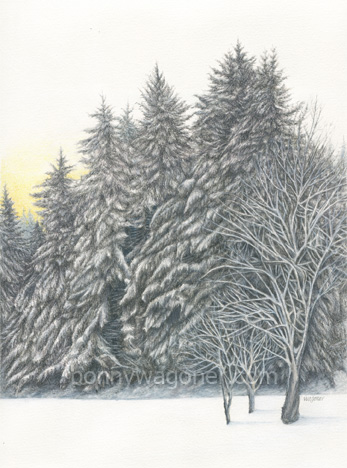 Printed using archival quality ink on heavy watercolor paper.  They are blank on the inside so you can use them for virtually any occasion.  The cards are folded to 4-3/8" x 6-1/4" (A5). Cards come with a natural white envelope. Set of four (4).  I used them for my holiday cards this year, glammed them up with a bit of glitter and they look awesome!
Posted by Bonny Wagoner at 12:39 PM No comments:

Pike's Market at the Spring Solstice 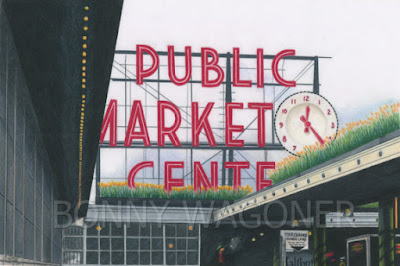 One of my most favorite places to spend the day.  The artisans are inspiring, I love the array of fresh vegetables and flowers not to mention the fish markets.  If you weren't aware, the florists give a free daffodil on the Spring Solstice so if you want to take part in some fun, plan a trip to the market on that day.  Only then will you see the building lined with daffodils along the roof.  It's drop dead stunning.  What a way to bring in spring.

Another piece in my "Famous Places" collection.
Posted by Bonny Wagoner at 11:36 AM No comments:

I have a funny story on this image. I cut some ATC (artist trading card) size cards from Duralar film to play with them while I was out of town. Curious what the difference would be, I grabbed my set of Lyra Rembrandt Polycolor colored pencils to test techniques, blending, application, etc. I totally forgot when I removed the fugitive colors from the set when I got them years ago, left was a VERY limited range of colors to work with in this brand so when I went to start on this image I realized the purple flower wasn't going to be purple because none of the pencils in that range of color had passed the lightfast tests.  And since I didn't check the set before packing, that's all I had with me to work with. So it's now a red iris. 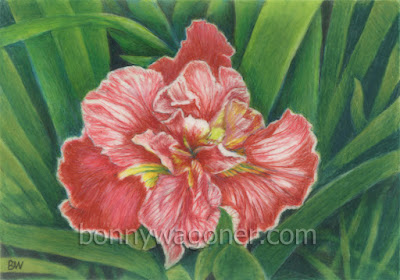 This piece is sold.


Rembrandt Polycolors are an oil based pencil so it went on the film different from the wax based pencils. I rather like how they went on but the limited pallet will keep me from using them much, if at all on film in the future. In the end my official opinion is the Caran D'Ache Luminance pencils out performs the Lyra Rembrandt Polycolors. Plus I like having a complete range of colors to work with in the Luminance. The limited pallet thing was challenging because it's almost impossible to blend on the surface of Duralar because it only accepts maybe 3-4 layers of colored pencil. One thing I did learn when the film reaches it's saturation point and won't accept another layer of Polycolor, the film will accept another layer of Luminance OVER the Polycolors. Handy to know for corrections.
Posted by Bonny Wagoner at 8:02 AM No comments: